The Museum of Shandong University of Art and Design has 4 floors, covering a total area of 1959 square meters with an exhibition line of 393 meters.

Lying in the first floor is Sun Changlin Art Museum (480 square meters) with a 77-meter exhibition. With a certain reputation in provincial and even the national collection circles, Mr. Sun, one of the founders of Shandong University of Art and Design, the first secretary of the party committee of Academy, and a famous collector in Shandong Province, has devoted to a wide collection range mainly involving various folk artworks, such as ancient and modern Chinese painting and calligraphy, ceramics, rubbings, stone carvings, etc. In recent years, Mr. Sun has donated some of his collection of ceramics, folk New Year pictures, folk toys and rubbings of Han Dynasty portraits to the university for teaching. The donated items have been properly preserved and exhibited in Sun Changlin Art Museum, which was set up by the university.

At present, ancient and modern ceramics and stone Buddha statues, a total of 201 exhibits including 195 ceramics，are what the museum mainly displays. They present the development of Chinese ceramics, from the red pottery of Dawenkou culture and the black pottery cup of Longshan culture in the Neolithic period, to Qin brick, Han tile, Han terracotta Figurine, Tang tri-color glazed ceramics and bluish white porcelain of Song Dynasty, and then to blue and white porcelain of Ming Dynasty, five-color porcelain and clashing color porcelain of Qing Dynasty. The whole display in sequence provides real objects for the teaching of arts and crafts; there are in the aggregate 6 stone Buddha statues of the Northern Wei Dynasty and the Northern Qi Dynasty.

On the second floor is the private non-profit Oriental Chinese Crafts Museum of Shandong (620 square meters) with a 215-meter exhibition, founded by Mr. Pan Lusheng in 1998 to serve the teaching and research of traditional art in this university. The museum mainly collects traditional folk life utensils used in the Chinese farming era. Therefore, the emphasis on the life style concept of clothing, food, housing and transportation is intended to convey the relationship between folk creation and traditional life style, folk creation and cultural style, with the aim of arousing students' in-depth thinking about traditional creation and modern design, traditional and modern life style.

There is a special exhibition hall (620 square meters) with a 102-meter exhibition. Currently on display is the embroidery exhibition of the Oriental Chinese Crafts Museum of Shandong, covering pieces of folk embroidery from 12 provinces, namely, Shandong, Shaanxi, Shanxi, Hubei, Guizhou, Yunnan, Sichuan and the like. They mainly include embroidery on clothing, pillow sides, table cloth, quilt cover, curtain, sedan cover, cushion, costume, et，which are diversified and exquisite for providing important materials for students to learn Chinese traditional folk modeling, folk patterns, folk crafts, folk colors, and the profound spirit of traditional culture embedded in them.

On the fourth floor are the academic lecture hall and crafts workshop. The150 square meters academic lecture hall can hold small academic conferences for less than 50 people. The crafts workshop, under construction, is mainly used for exchange and interaction between folk artists and students, such as the manufacture of New Year pictures, facial patterns, blue calico, batik, silver jewelry and so on. Students can study those skills in optional courses. 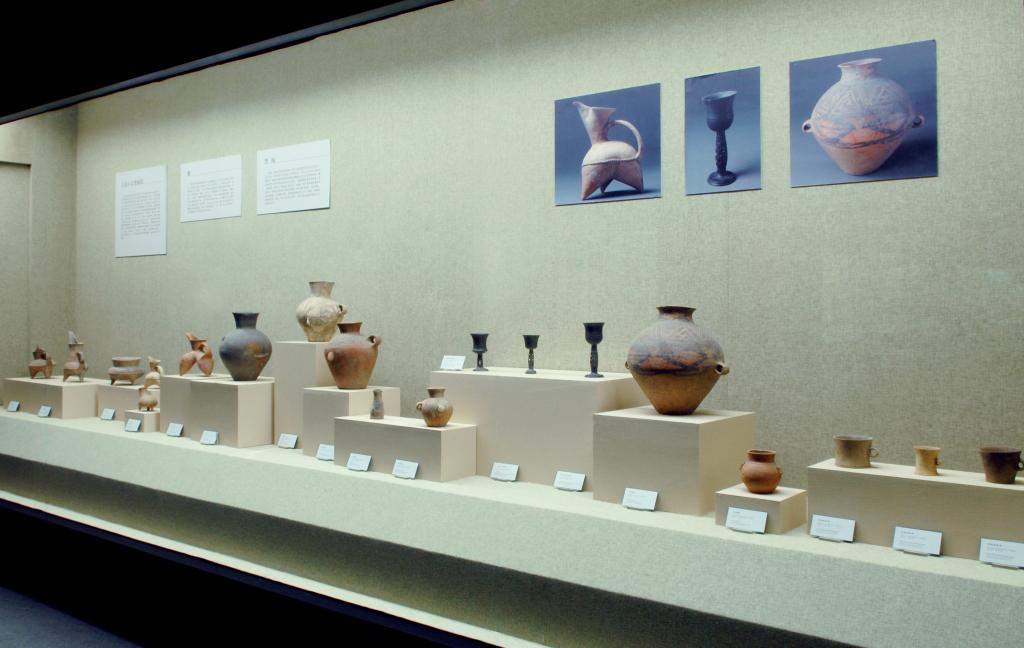 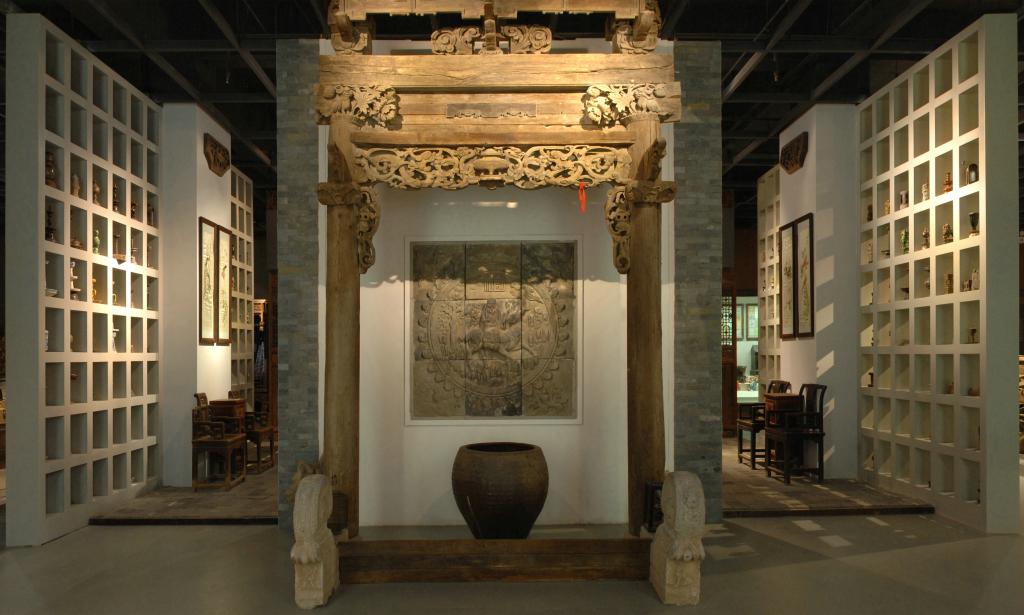 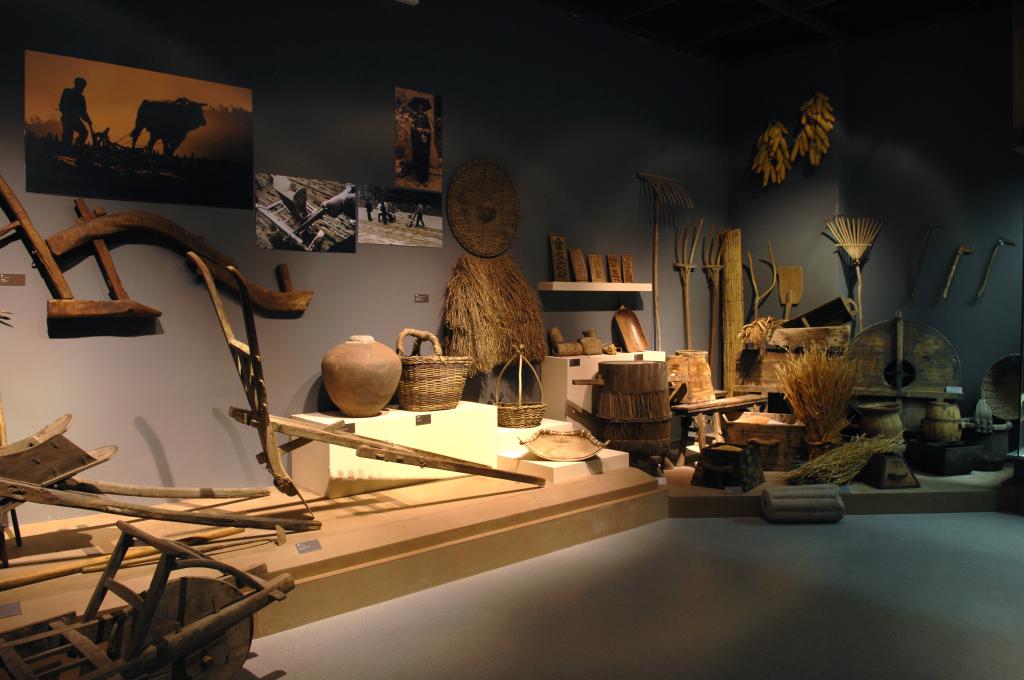 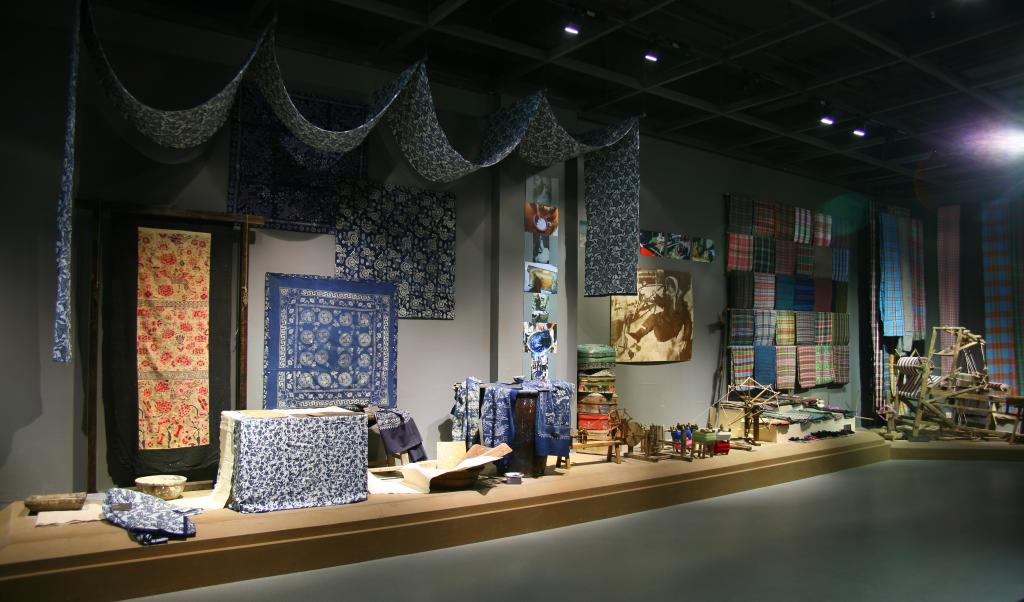 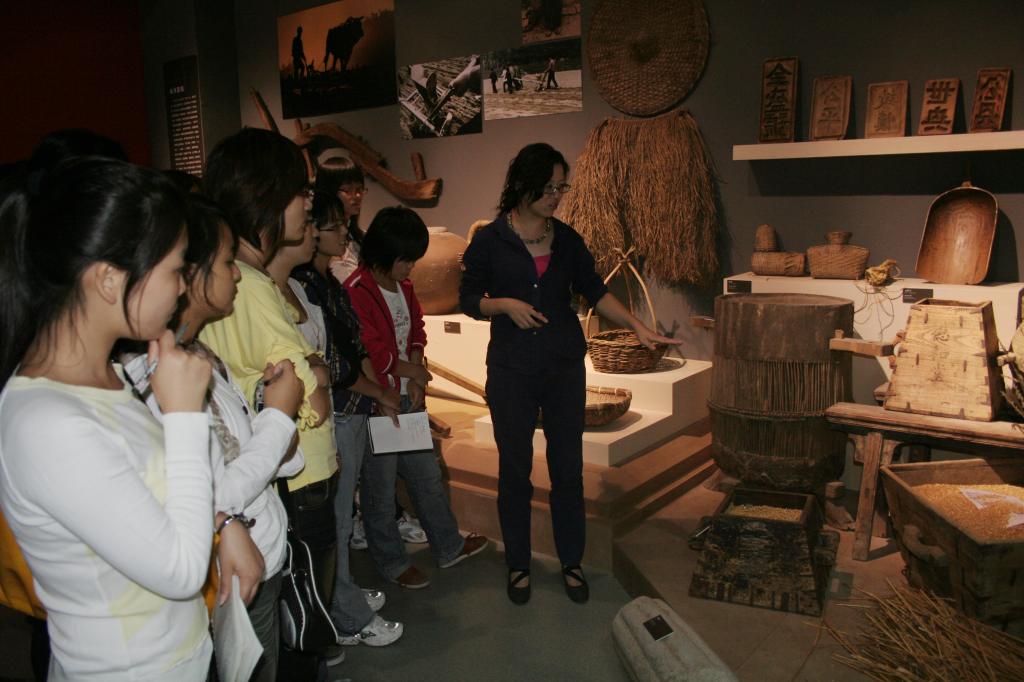